THOUGHTS FROM THE HEART Edge-u-cation THE ISRAELI WAY – WHAT’S IN IT FOR INDIA?

THE ISRAELI WAY – WHAT’S IN IT FOR INDIA?

Israel is a small country in the Middle East, about the size of New Jersey, located on the eastern shores of the Mediterranean Sea and bordered by Egypt, Jordan, Lebanon and Syria. The nation of Israel—with a population of more than 8 million people, most of them Jewish—has many important archaeological and religious sites considered sacred by Jews, Muslims and Christians alike, and a complex history with periods of peace and conflict. The land of modern-day Israel was conquered and ruled by various groups, including the Persians, Greeks, Romans, Arabs, Fatimids, Seljuk Turks, Crusaders, Egyptians, Mamelukes, Islamists and others. From 1517 to 1917, Israel, along with much of the Middle East, was ruled by the Ottoman Empire. But World War I dramatically altered the geopolitical landscape in the Middle East. In 1917, at the height of the war, British Foreign Secretary Arthur James Balfour submitted a letter of intent supporting the establishment of a Jewish homeland in Palestine. The British government hoped that the formal declaration—known thereafter as the Balfour Declaration—would encourage support for the Allies in World War I. When World War I ended in 1918 with an Allied victory, the 400-year Ottoman Empire rule ended, and Great Britain took control over what became known as Palestine (modern-day Israel, Palestine and Jordan). The Balfour Declaration and the British mandate over Palestine were approved by the League of Nations in 1922. Arabs vehemently opposed the Balfour Declaration, concerned that a Jewish homeland would mean the subjugation of Arab Palestinians. The British controlled Palestine until Israel, in the years following the end of World War II, became an independent state in 1947.

In May 1948, Israel was officially declared an independent state with David Ben-Gurion, the head of the Jewish Agency, as the prime minister. Following the announcement of an independent Israel, five Arab nations—Egypt, Jordan, Iraq, Syria, and Lebanon—immediately invaded the region in what became known as the 1948 Arab-Israeli War. Clashes between Israelis and Palestinians are still commonplace. Much of the conflict in recent years has centered around who is occupying the following areas:

While Israel has been plagued by unpredictable war and violence in the past, many national leaders and citizens are hoping for a secure, stable nation in the future. Israeli Prime Minister Benjamin Netanyahu has been quite vocal in his approach to peace and has worked towards the welfare of the society as a whole, the results of which are there to be seen. In the 2016 American Israel Public Affairs Committee (AIPAC) meeting, Netanyahu demonstrated in front of the world what a might Israel has become and showcased that Israel is no longer a conundrum for the experts to be solved, be it their military might with F35 fighter plane, the most advanced fighter plane in the world, or their advanced intel networks which has foiled dozens of terrorist attack. Economically also, Israel has cultivated a unique culture of free market principle, innovation and entrepreneurship. Netanyahu calls it a confluence of big data, connectivity and artificial intelligence which has given confidence to big industry giants like LG, Apple, Microsoft, Google, Facebook, General motors, Mercedes-Benz, Samsung, Fiat and Bosch to name a few who have their R&D centers in Israel.

India–Israel relations refers to the bilateral ties between the Republic of India and the State of Israel. The two countries have an extensive economic, military, and strategic relationship. Israel is represented through an embassy in New Delhi, and one consulate each in Mumbai and Bengaluru. India is represented through its embassy in Tel Aviv. India is the largest buyer of Israeli military equipment and Israel is the second-largest defence supplier to India after Russia. New Delhi found in the Defense industry of Israel a useful source of weapons, one that could supply it with advanced military technology. Thus was established the basis of a burgeoning arms trade, which reached almost $600 million in 2016, with an addition of military and strategic ties between the two nations that extended to intelligence sharing on terrorist groups and joint military training. In July 2017, Narendra Modi became the first ever Indian Prime Minister to visit Israel. During the visit, India and Israel signed 7 MoUs, which are listed as below:

Hans Rosling, the Swedish physician and public speaker during his TedIndia talk 2007, predicted the rise of Asia and more so India to be at par with the Global Superpowers. He said that Asia will again dominate the western world as it used to more than 1000 years ago. According to Rosling, the 20th century was the period of resurgence for the Asian countries with India getting independence in 1947, emergence of Modern China in 1949 and the fast economic development of Japan during the 1970s. The period after 2007 slowly paved the way for a modern India which saw them taking giant strides in the field of education, health and electricity with social investments increasing. At this pace, Rosling predicts 2048 as the year of India’s dominance in global economy.

The question which comes to the fore is ‘Are we ready yet?’ Israel with a population of 0.006% to that of India boasts of precision agriculture whereby they use technology such as drone monitoring and waste water recycling (Fig 1). There is an experimental farm in Gujarat which runs on Israeli Technological knowhow, increasing crop yields by almost 5 times. India’s military stands at a superb 4th position globally on the basis of their military capabilities, trailing behind only United States, Russia and China, yet Israel is the second largest defence supplier to India.

According to Economic times report, INDIA ranks 77th globally in ease of doing business. Though we have come far enough but still a long way to go if we are to achieve our honourable Prime Minister Shri NARENDRA MODI’s dream of making INDIA reach to top 50.Are we doing enough? Maybe. But as the saying goes,” Making money is an art, so is working towards it, but the best art is a good business model.” 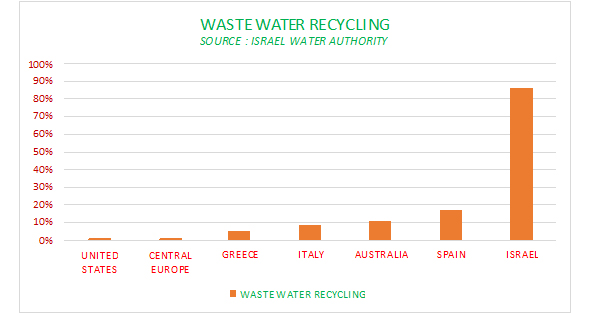